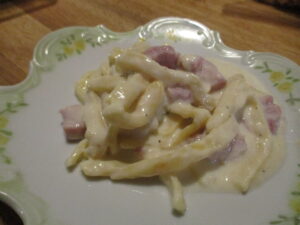 Are you struggling to come up with ideas for supper? I know I am.  I had bought a bone-in ham for the bone to make ham and beans.  I cut off most of the ham, leaving just a little, and put the rest of the ham in the freezer. So I thought to myself, what can I make with this leftover ham? Ham and potato casserole is one of my favorites but I wanted something different. I love noodles so thought, why not a ham and noodle casserole?

﻿I had all of the ingredients in my pantry with the exception of the noodles.  But that wasn’t a problem.  I decided I would just make my noodles.  Sounds intimidating, doesn’t it?  But it really is easy to make noodles. However, do not let that stop you from making this casserole. You can just as easily use packaged noodles as well. It will taste just as awesome.

I made my noodles and let them sit on the table to dry just a little and preceded with gathering my other ingredients. After it was said and done the casserole tasted fantastic.  The only complaint my husband had was that it had just a little too much ham in it.  Go figure. I love ham so that was not a problem for me:)

﻿This dish is very versatile in that you can use whatever kind of cheese you want.  I know that most will tend to use cheddar. If you want a prominent cheese flavor I would go for the sharp cheddar.

If you are going for a more subtle cheese flavor go with mild.  I went with swiss.

I love a swiss and ham sandwich so it just made sense to me. And that just happened to be the cheese I had on hand.

﻿The yellow onion is your go-to cooking onion.  But I like to be different and I happen to like a sweeter more subtle onion flavor so I use sweet onions in most of my recipes.  Again it comes down to your particular taste.

That is what I love about cooking. Take a basic recipe and make it your own. To cater to your preferred tastes. Sometimes we get a winner. But there are times it just doesn’t work. We just try again until we get it right.

Again I am going to refer to your particular tastes and whatever leftover ham you have on hand. I just happened to always have Fricks ham on hand.  The bone from this ham makes the best ham and beans. The bad thing is that I have only seen this ham sold in my local IGA grocery store.  I have never seen it sold in Walmart.

Just make sure that if you are buying a ham for this ham and noodle casserole that you get a cooked ham. 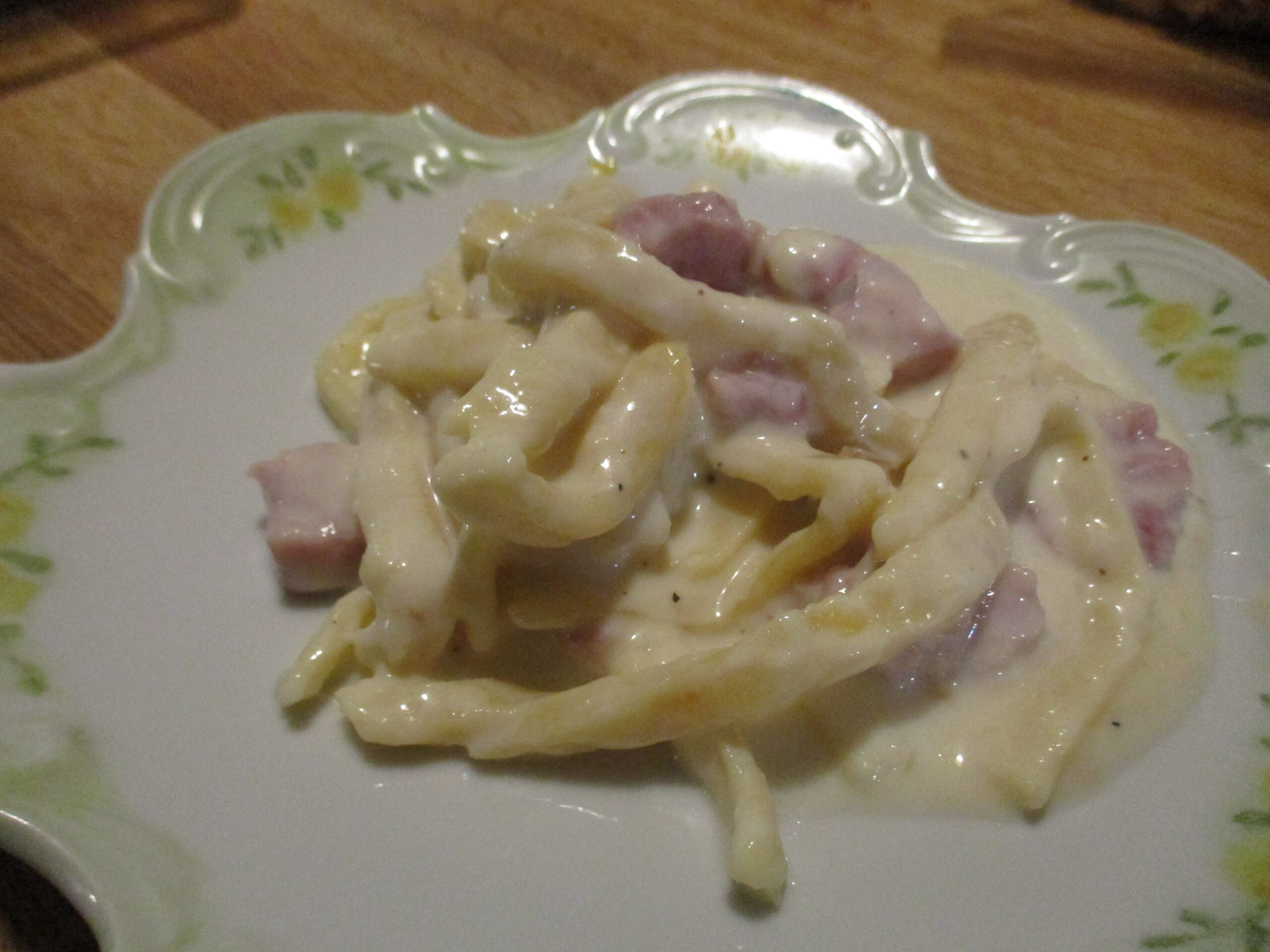 Ham And Noodle Casserole, Another Great Way To Use Up That Leftover Ham.
No ratings yet
Print Recipe Pin Recipe
Course Main Course
Cuisine American

Tried this recipe?Let us know how it was!

﻿Whether you like sharp or mild cheddar, swiss cheese, or another favorite. Homemade or prepackaged noodles, yellow or sweet onion, smoked or honey ham, experiment a little.  That’s what cooking is all about.  Catering to our tastes. Improving a recipe or making a new one.

I hope you give this casserole a try.  I don’t think you will be disappointed. Unless you don’t care for noodles or ham.  But then you wouldn’t be here if that was the case, right?

﻿Please leave me a comment below with your thoughts